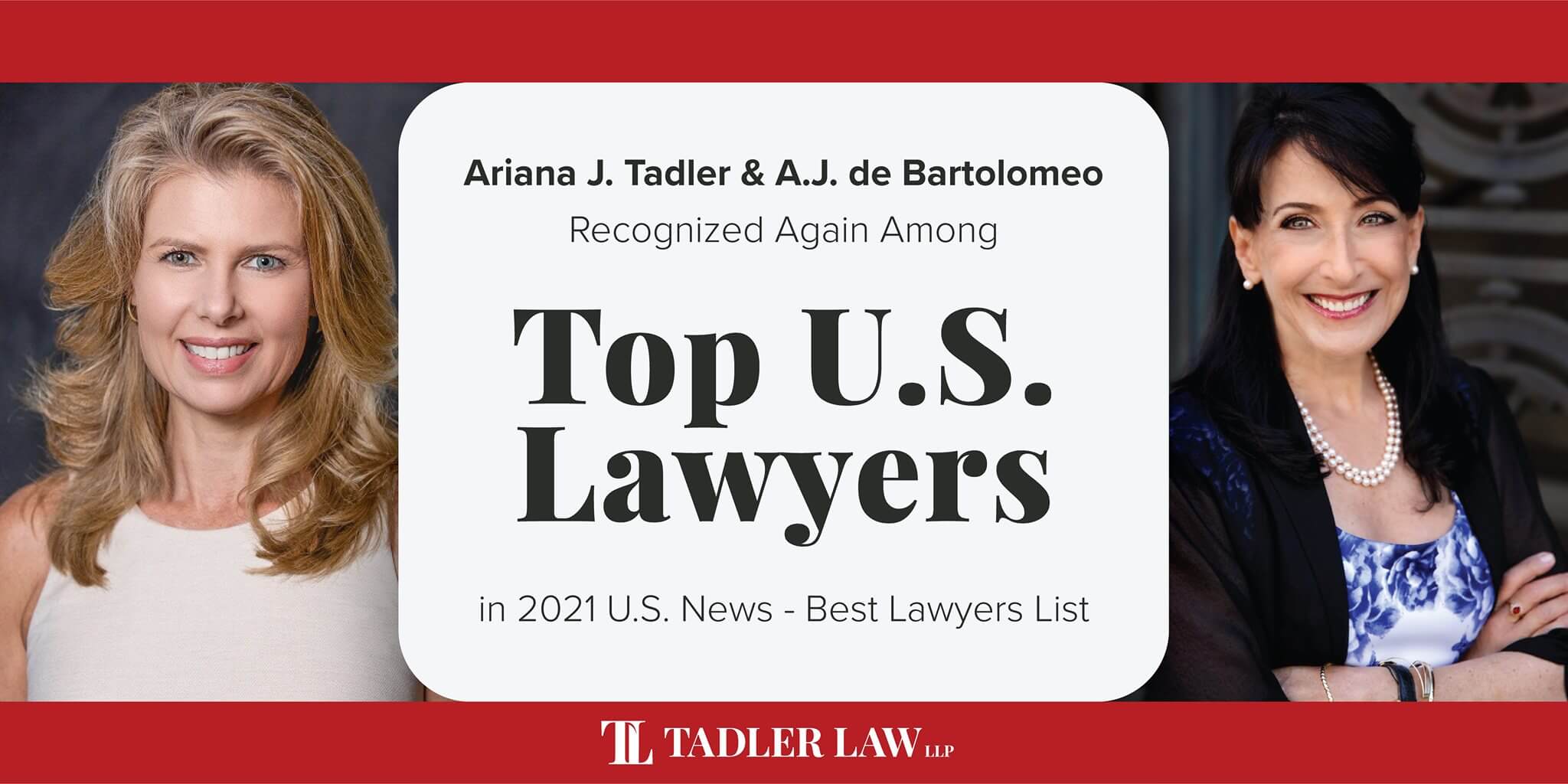 Founder and managing partner Ariana J. Tadler, a highly regarded litigator who has more than 26 years’ experience litigating and managing consumer, data breach and securities class actions and complex litigation, is considered one of the top leading women litigators in the country and is routinely recognized as one of the nation’s leading authorities on electronic discovery. Ms. Tadler pioneered the establishment of an e-Discovery Practice group within a plaintiffs’ firm structure more than 15 years ago.

Described by Chambers USA as one who “passionately defends her clients’ interests to the greatest extent possible,” Ms. Tadler is the only plaintiffs’ lawyer to be ranked repeatedly as a Band 1 e-Discovery Practitioner by Chambers and Partners in the Global-USA and USA-Nationwide categories, an unprecedented achievement. In 2017, she was appointed by United States Supreme Court Chief Justice Roberts to serve on the Federal Civil Rules Advisory Committee. Additionally, she has been appointed by Committee Chair Judge John D. Bates to the subcommittee tasked with reviewing and considering potential civil rules for multidistrict litigation (MDL) cases.

This year, Ms. Tadler has also been ranked by Legal 500 as “Leading Lawyer” in its 2020 U.S. edition, the only plaintiffs’ lawyer to be selected for inclusion in the prestigious legal directories ranking. Since founding Tadler Law in 2019, Ms. Tadler has earned multiple recognitions, including being named 2020 Plaintiffs’ Lawyers Trailblazer by the National Law Journal and one of the top e-Discovery lawyers in the United States by Chambers USA in its 2020 edition.

Ms. de Bartolomeo, who has nearly 30 years of experience prosecuting class actions, complex and collective matters in courts throughout the country, was also ranked by Best Lawyers among top U.S. lawyers. She has been appointed by courts as Lead or Co-Lead Counsel, or as a Plaintiffs’ Steering Committee member in numerous MDL class action, mass torts and bankruptcy proceedings. Ms. De Bartolomeo has been named among the highest class of attorneys for professional ethics and legal skills with an AV-Preeminent™ rating by Martindale Hubbell and has been recognized by her peers as a Northern California Super Lawyer every year since 2013. Ms. de Bartolomeo is also one of the select lawyers recommended by Legal 500 in its 2020 edition, describing her as “a seasoned advocate with an impressive track record in class actions.”

In addition to her professional accomplishments, Ms. de Bartolomeo also has dedicated significant time and effort to advancing opportunities for women lawyers. She is the former Chair of the Women’s Trial Lawyer Caucus of the American Association of Justice (2015-2016), where she oversaw the caucus’s work in leadership training, student scholarship, membership and political outreach, and other pro-civil justice functions. She is an active member of the American Bar Association Sections on Tort Trial and Insurance Practice and the Consumer Attorneys of California. She also is a former member of the American Bankruptcy Institute.

Lawyers included in the 2021 Edition of U.S. News – Best Lawyers are recognized for professional excellence with consistently impressive ratings from clients and peers. The exclusive list recognizes only the top 5% of private practicing lawyers in the United States. Achieving a tiered ranking signals a unique combination of quality law practice and breadth of legal expertise. 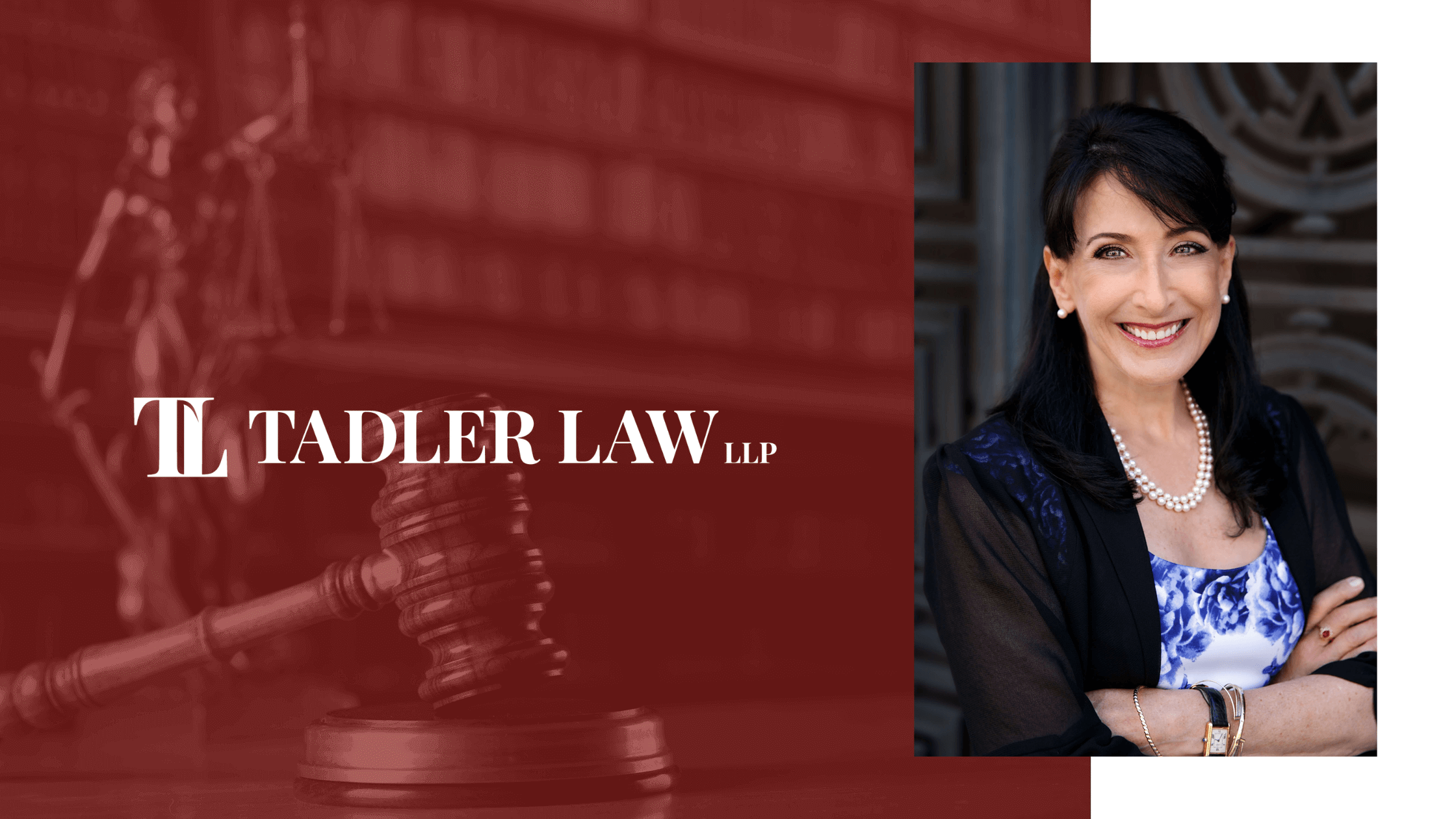